A 77-year-old woman with newly diagnosed and well controlled type 2 diabetes and hypertension presented to the emergency department with sudden weakness in the right limb and aphasia. Her temperature was 36.7 °C, his pulse 80 beats per minute, and her blood pressure 157/95 mmHg. CT scan showed cerebral infarction in the left fronto-parietal lobe. However, the physical examination was notable for necrotic-appearing tissue in the left ankle, with absent pulsation of dorsal pedal artery and low skin temperature. Ultrasonography showed patency of vein but occlusion of left popliteal artery. Two months later, the whole limb became black, dry, gangrene and ulcer (Figure 1). A diagnosis of Lower Extremity Arteriosclerosis Obliterans (ASO) with Gangrene was made. ASO is a rare, chronic, often destructive, degenerative arterial disease in which atherosclerotic plaque and cholesterol deposition cause stenosis, thrombosis or occlusion of the lumen, accompanied by insufficient blood supply to the distal limbs, eventually resulting in ulceration and gangrene (1,2). After a discussion of treatment options with the patient and her family, the decision was made not to pursue surgery. Goals of care were transitioned to focus on the patient’s comfort, and she died several days later. 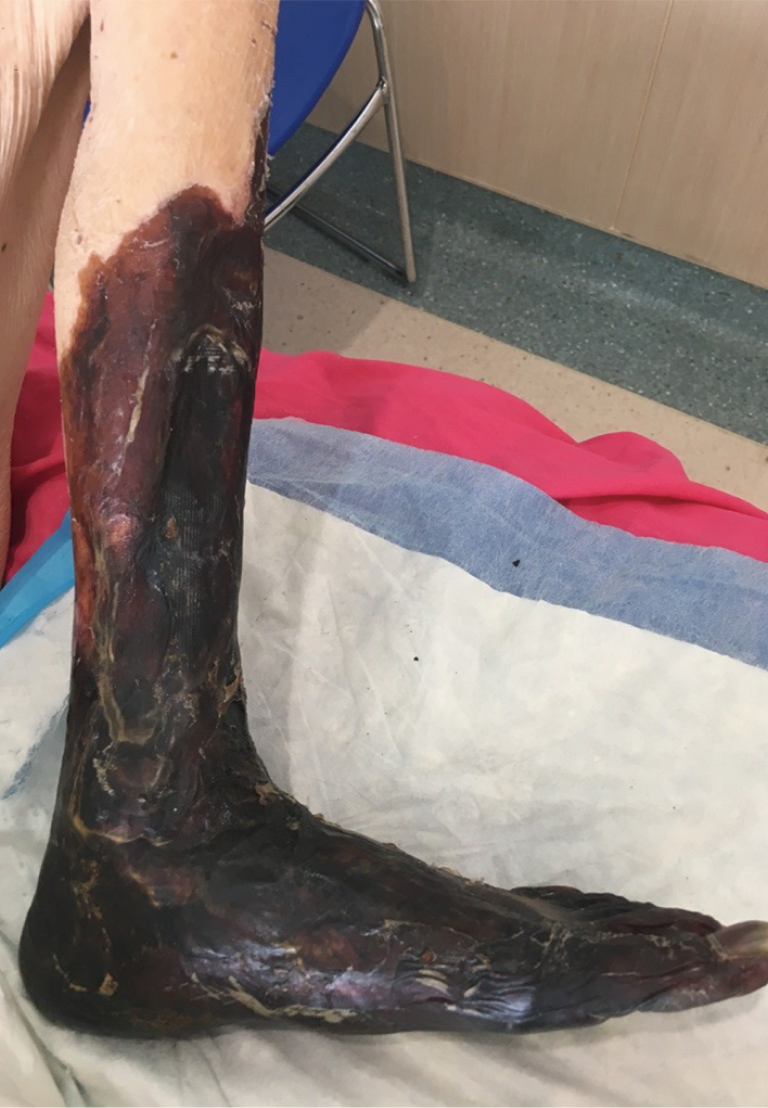 Funding: This work was supported by National Natural Science Foundation of China (31600134).

Ethical Statement: The authors are accountable for all aspects of the work in ensuring that questions related to the accuracy or integrity of any part of the work are appropriately investigated and resolved. Written informed consent was obtained from the patient for publication of this “Images in Clinical Medicine”.