The patient was a 53-year-old woman with a history of dysphagia for 3 months without nausea, vomiting, hematemesis, or stomachache. A protruding mass was detected 25–30 cm from the incisors by gastroscopy. The pathological biopsy result was esophageal squamous cancer. The patient lost 5 kg without anorexia. A physical examination showed no positive sign, and results of preoperative biochemical tests were all normal. Enhanced computed tomography (CT) scan revealed a thickened upper esophagus wall and enlarged lymph node in the superior mediastinum (Figure 1). Informed consent for robotic-assisted thoracic lobectomy was obtained from patient before operation. 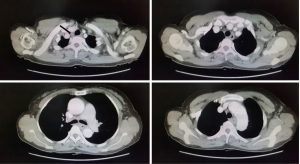 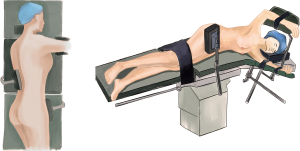 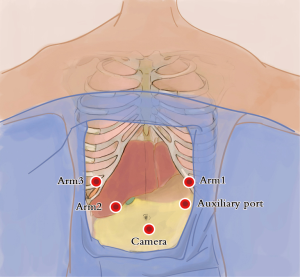 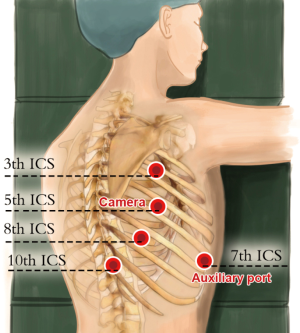 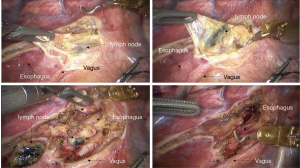 Figure 6 The lymph nodes around the right recurrent laryngeal nerve was dissected. 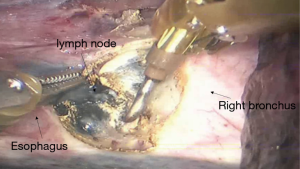 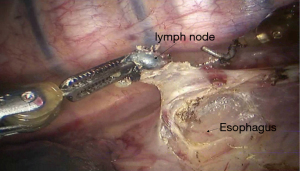 Figure 8 The lymph nodes around lower esophagus were dissected. 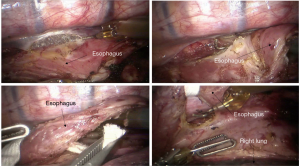 Figure 9 The middle esophagus was dissociated. 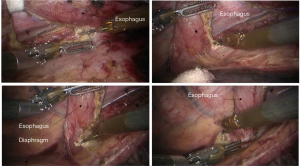 Figure 10 The lower esophagus was dissociated. 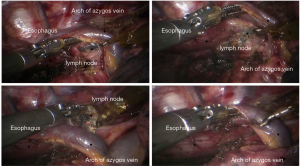 Figure 11 The lower esophagus was dissociated. 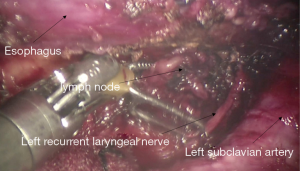 Figure 12 The lymph nodes around the left recurrent laryngeal nerve were dissected. 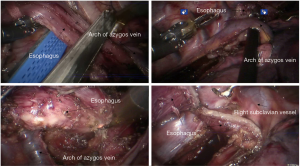 Figure 13 The upper esophagus was dissociated. 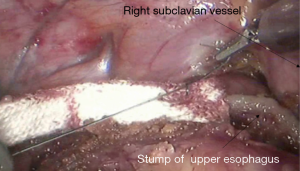 Figure 14 The stump of the upper esophagus was connected with ribbon gauze. 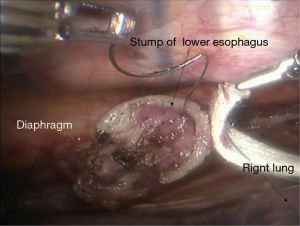 Figure 15 The stump of the lower esophagus was connected with ribbon gauze. 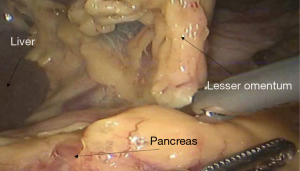 Figure 16 The lesser omentum was separated. 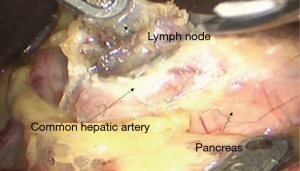 Figure 17 The lymph nodes around common hepatic artery were dissected. 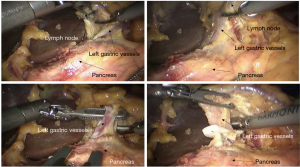 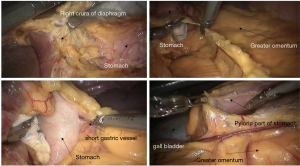 Figure 19 The stomach was mobilized after cutting off the short gastric vessels. 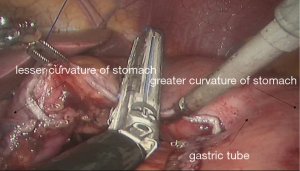 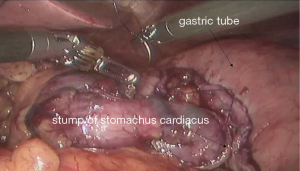 Figure 21 The gastric tube was connected to the stump of the cardia. 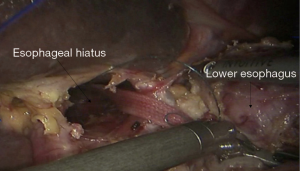 Figure 22 The cardia and abdominal esophagus were separated. 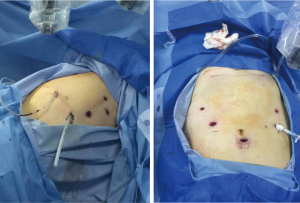 Figure 23 After the operation, a chest tube and a silicone tube were placed in the chest through the operative ports. A jejunostomy tube was placed during the abdominal operation. Subsequently, a cervical esophagogastric anastomosis was performed through the incision on the left side of the neck.

The first robotic-assisted minimally invasive esophagectomy (RAMIE) in the world was reported in 2003 by Dr. Horgan (1). Previously, research focused on RAMIE was limited because of the operative difficulties of minimally invasive esophagectomy, and the McKeown approach was the most widely adopted RAMIE approach. In 2010, Dr. Kim reported 21 cases of RAMIE to verify the feasibility and safety of the McKeown approach (2). In 2014, van der Sluis analyzed the clinical data of 108 patients who underwent RAMIE using the Mckeown approach. The results showed that in-hospital mortality was 5%, 5-year-survival was 42%, and 47.2% cases had local or systemic recurrences. In this case, to avoid potential local recurrence, we removed the tumor during the thoracic part of the operation and connected the stumps of the upper and lower esophagus by using ribbon gauze. We found that the three-dimensional vision and robotic arm provided great accessibility for the subtle manipulations, especially while dissecting lymph nodes around the recurrent laryngeal nerves. It was reported that RAMIE could reduce the incidence of hoarseness (3) and provide satisfactory short-term outcomes (4). However, whether RAMIE can provide long-term benefits to patients with esophageal cancer needs further study.

Informed Consent: Written informed consent was obtained from the patient for publication of this manuscript and any accompanying images.